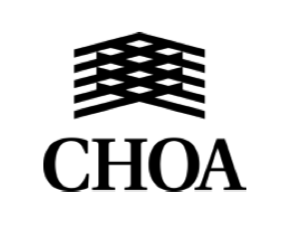 Leadership, Education and Resources for strata corporations in BC

BC’s strata community has been struggling with rising insurance premiums and astronomical deductibles for several months. The changes announced by the provincial government earlier today takes the steps needed to address this crisis. Ending referral fees paid to strata managers, requiring brokers to disclose the amount of their commissions, clarifying insurance terms and reporting plus limiting the ability for a strata corporation to use existing loopholes to avoid completing a depreciation report all work together to provide BC strata corporations with the ability to better manage their risk.

The Condominium Home Owners Association of BC (CHOA) applauds today’s announcement and supports this government’s move to table legislation amending the Strata Property Act and the Financial Institutions Act, specifically targeted at assisting BC’s strata community and acknowledging the insurance crisis faced by many BC strata corporations. Eliminating commissions to strata managers offers a greater level of transparency for strata corporations when renewing their insurance policy. Added to this are greater risk management measures, allowing for better long term planning in a strata corporation.

“The proposed elimination of commissions paid to parties providing strata management services is a critical step in addressing the high level of commissions and fees being incurred on policy renewals, many of which are undisclosed to the strata corporations.” said Tony Gioventu, CHOA Executive Director. “The proposed amendments that enable new regulations to address insurance risk and depreciation reports is a positive step towards managing risk, allowing strata corporations to focus on their long term planning in response to the dramatic increases in the insurance market” he added.

CHOA looks forward to working with the provincial government to put these much needed changes in place.

The Condominium Home Owners Association (CHOA) is a non-profit association that assists the entire strata industry throughout BC. CHOA promotes the interests of strata property owners by providing advisory services, education, resources, and support for its members and the strata community at large. For more information visit the CHOA website at: www.choa.bc.ca